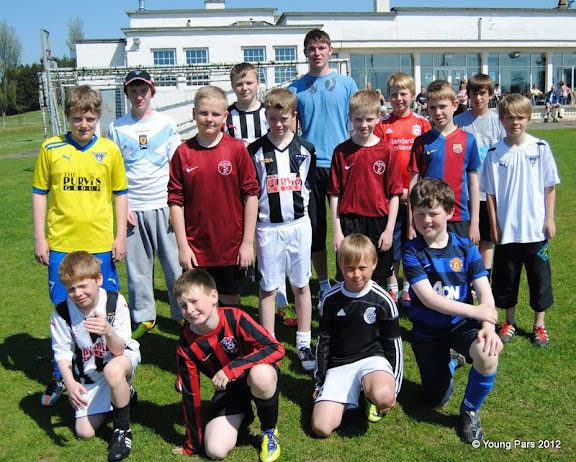 15 members of the Young Pars took part in the qualifying heat for this seasons Penalty Kick Competition, against Steven Mayne, one of the U19 goalkeepers. After some good penalties and saves, Jamie Divertie, Ewan Divertie, Greg Main, Declan Pierce, Connor Findlay, Kieran McKenzie and Kendall Forbes made it through to the heats on the pitch at East End Park at the beginning of the 2012/13 season.


A big thank you to all those who participated today and those who were unlucky not to get through. Thanks also go to Steven Mayne, the goalkeeper and also to Kieran and Declan`s dads for putting up the net!!