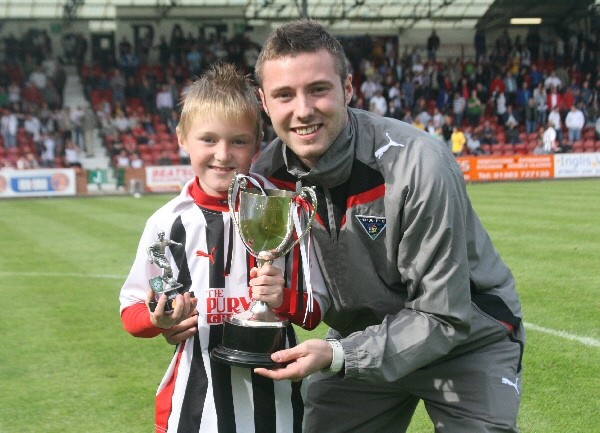 The final of the Young Pars penalty kick competition which was carried over from last season was held on Saturday 22 August 2009.

The closely contested competition was won by Paul. Thanks goes to Simon Wiles who presented the winners trophy to Paul and runners up trophies to the other participants.