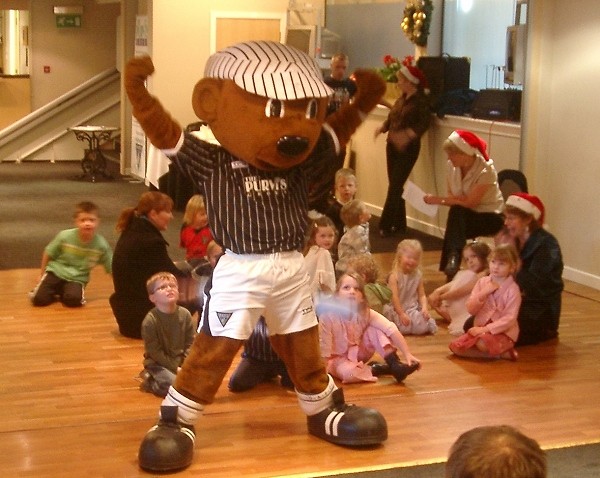 25 members of Sammys Gang enjoyed their Christmas Party in the presence of their idol Sammy the Tammy. Party Games, Party Foods, Sammy antics and Sammys Story made it a first class party for kids and adults! What fun we had at Sammy’s Christmas party! Usually Sammy is a bit late in arriving at his parties but this year he surprised us all by arriving early. Maybe he was frightened of missing out on all the party food! Because he was early he was able to join in most of the party games. He had a few problems getting up and down during musical bumps but what a whizz he was at pass the parcel! After Sammy’s favourite bit of the party (the food, of course) his gang sat down and listened to a Sammy story. Sammy was getting himself ready for Christmas but still had one important job to do – decorate his Christmas tree. Sammy got up to his usual antics while searching for the tree and decorations. When he finally found everything he needed Sammy got his gang to help him decorate the tree – and what a great job they did! Sammy was so pleased he gave each one of them a selection box as they left the party.